the BOOGIE BROTHERS live in concert 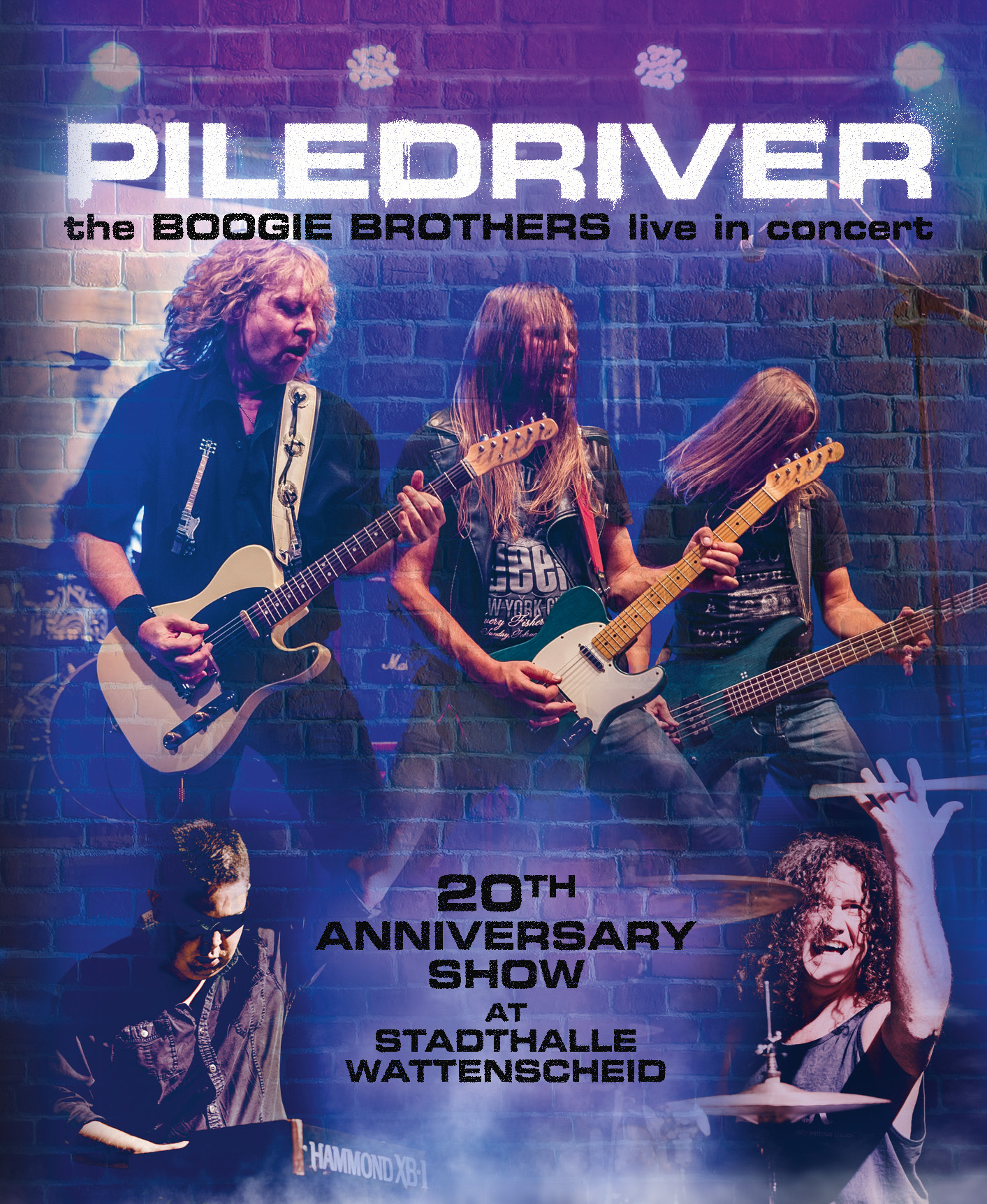 Following their third album “BROTHERS IN BOOGIE” which was released in autumn 2016 and greeted with glowing enthusiasm by both the media and the fans, PILEDRIVER now put another log on the fire and are going to release a double live CD + Blu-ray on June 9th, 2017, demonstrating again why the band have become firmly established on stage over the years.

The concert was recorded during the album pre-release show in October 2015 at the Stadthalle Wattenscheid. They did not skimp on anything. The big stage show captivates due to an elaborate light show, LED screens, a dynamic camera work and an enjoyable editing rhythm – all in all being a lot of fun over 100 minutes. The Blu-ray features several extras like the latest two video clips, a studio report about the recording of the latest album and a slide-show of the concert as well as a brand-new studio track “Julia” being released exclusively as a bonus track on both CD and Blu-ray.

Of course, the track list presents an exciting mix between the band’s own songs and Status Quo classics, i. a. “Down Down”, “Rockin’ All Over The World”, “Whatever You Want” and “Caroline” which fit wonderfully into the flow of the show. The concert was mastered by Stefan Kaufmann (ex-U.D.O., ex-ACCEPT) who knows how to stage the band’s pumping and powerful rock sound.

Celebrating the Blu-ray and double live CD release, the band will go on tour in autumn this year to present their energetic classic rock show to old fans and a new audience. At the moment, they are already working hard together with their producer Stefan Kaufmann on the “BIB” follow-up album “ROCKWALL” which will be released late 2017. Thus, it is clear: This year, there is no way around PILEDRIVER!